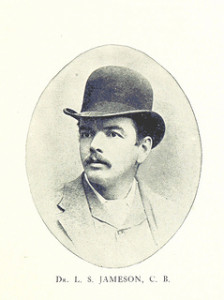 My guess is that many of you may have no idea who Leander Starr Jameson is or was.  And, to be honest, I did not know much about him until recently.  He was born on the 9th of February in 1853 and he died on the 26th of November in 1917.  He was a British colonial politician and was best known for his involvement in what became known as the Jameson Raid.

The Jameson Raid was a botched raid on the Transvaal Republic carried out by Leander Starr Jameson and his Company mercenaries and policemen over the New Year weekend of 1895–96. It was intended to trigger an uprising by the primarily British expatriate workers in what is present day South Africa, but it failed to do so. These expat workers were called the Johannesburg conspirators. They were expected to recruit an army and prepare for an insurrection. The raid was failed and no uprising took place.

All of this is backstory and meant to impress you with my ability to Google things faster than a speeding bullet.  It is also to set the background for a man who, despite a resounding failure, seems to have inspired a degree of devotion from his contemporaries. Elizabeth Longford writes of him, “Whatever one felt about him or his projects when he was not there, one could not help falling for the man in his presence”.

Longford also notes that Rudyard Kipling wrote the poem “If—“ with Leander Starr Jameson in mind as an inspiration for the characteristics by which he recommended young people to live.  This is notably so for Kipling’s son, to whom the poem is addressed in the last lines.  Direct evidence that the poem “If—“ was written about Jameson is available also in Rudyard Kipling’s autobiography in which Kipling writes that “If—“ was “drawn from Jameson’s character.”  Kipling indicates that it was written in celebration of Leander Starr Jameson’s personal qualities at overcoming the difficulties of the Raid, for which he largely took the blame, although Joseph Chamberlain, British Colonial Secretary of the day, was, according to some historians, implicated in the events of the raid. 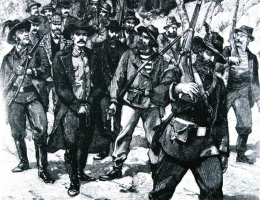 So, what characteristics did Kipling have in mind?  END_OF_DOCUMENT_TOKEN_TO_BE_REPLACED 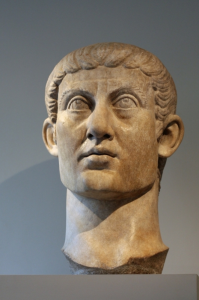 Constantine the Great: (February 27, 272 – May 22, 337), was also known as Constantine I or Saint Constantine.  He was the 57th Roman Emperor and reigned as Emperor from 306 to 337. Constantine was the son of Flavius Valerius Constantius, a Roman army officer, and his consort Helena. His father became Caesar, the deputy emperor in the west in 293. Constantine was sent to eastern portion of the empire where he succeeded militarily and rose through the ranks to become a military tribune under several. In 305, his father, Constantius was raised to the rank of Augustus, the senior western emperor and Constantine was recalled west to campaign under his father in what is now the British Isles.

He was acclaimed as emperor by the army after his father’s death in 306, Constantine emerged victorious in a series of civil wars against several other emperors to become sole ruler of both the western and eastern empire in 324.

As emperor, Constantine enacted many political, financial, social, and military reforms that strengthened the empire.