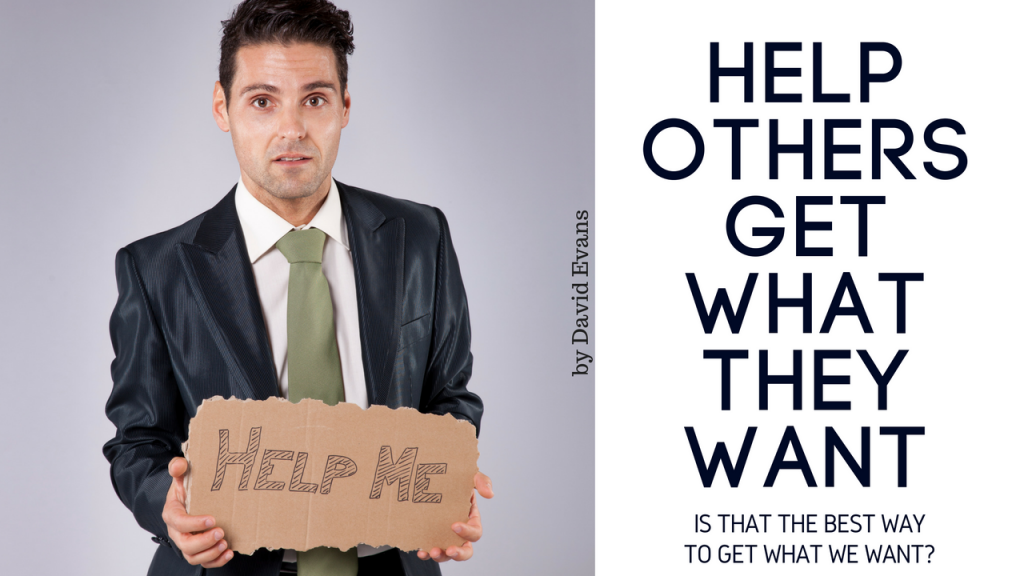 “Your function in life may not feel like it has anything to do with sales, but when we deal with others it matters to remember that the best way to get the outcome we want is to help others get the outcome they want.”

This was a statement that I made about a photo meme that I posted on Facebook. It sparked a brief dialog with a close friend and one of the driving forces behind LeadershipVoices.com. And it has caused me to share some more thoughts that further develop my original post.  But first, here is the question that prompted my additional thoughts.

How do I do that when our wants are sometimes at cross-purposes? Or, what if what they want is detrimental to the health of the organization?

There are some problems in life we can’t solve. END_OF_DOCUMENT_TOKEN_TO_BE_REPLACED 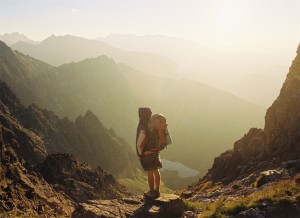 There are other fears. END_OF_DOCUMENT_TOKEN_TO_BE_REPLACED 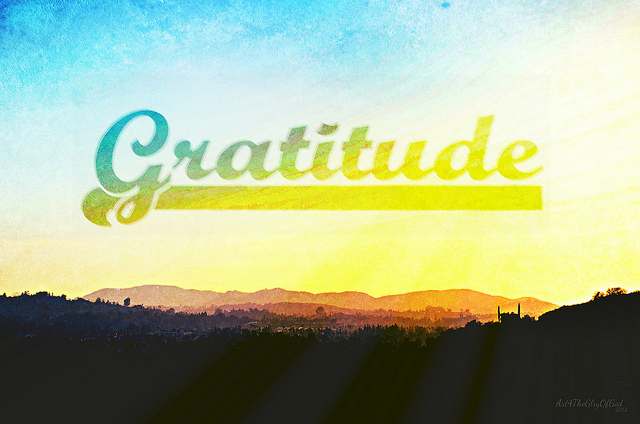 In all things give thanks… The five year old just celebrated her birthday. She received a predictably mountainous and diverse pile of presents from family and friends, and we had a princess party with Rapunzel wigs, manicures, make up, and an assortment of little princess activities. As any parent might, we made a big deal out of her day. Yet as her daddy, I asked myself before the party and after: what lessons are my little girl learning from this showering of attention and gifts, and are those lessons the right ones?

There are obvious lessons: I am special. I am loved. I am blessed. I am liked. My life is appreciated.

And there are some lessons that are insidious: I didn’t get as many presents as my older sister got at her birthday. I think the present I got my friend for her birthday party is better than the one she got me. The party I went to last month was much more fun than my party. I don’t have as many friends as some of my other friends do.

You get the idea – all of these are non-specific and all of them apply. I am amazed as a still-rookie Daddy that these lessons are taught and learned at such a tender age. Yet it is my responsibility to lead my family through them: contentment, envy, fairness, jealousy, joy… but our focus for today is gratitude. As you develop a plan for teaching your kids to be grateful, consider these things:

Before you can teach anything to anyone – and especially your kids – you’re going to need to understand what it is you are teaching them. The word “gratitude” come from the same latin root word from which we derive the word “grace”. Although grace and gratitude don’t share precisely the same meaning, they are two sides to the same coin. Indeed, one could make a strong case that the proper response to grace is gratitude.

So, start like this: make a list of the graces you experience in your own life. Life itself is a good place to start, and while you are at it, think of other people who have led you, and taught you, and corrected you. And maybe even consider how people who have been less than gracious to you have shaped you in ways that have somehow or another worked out well. You can continue from there. Perhaps (and hopefully!) your children themselves are high on this list. Make certain that you consider how the people in your life figure into the grace/gratitude spectrum. This could as easily be called “counting your blessings”, but your list will have greater meaning to you and your kids if you write it down. END_OF_DOCUMENT_TOKEN_TO_BE_REPLACED

Comment3 | Share | Tweet | Share | Pin It | print | email
Editors’ Note: This article was originally posted in 2014, and for 2015 David and Leadership Voices have decided to produce a series of articles focused on family leadership and developing a plan for producing a legacy of leaders. We wanted to share this article with you again to reset and refresh the ideas as we set up the new series beginning next week. We look forward to your ideas and comments!

I’m the father of three little kids who are just beginning their education, with one in kindergarten, another in preschool and the third is migrating from toddler to little boy. I’ve been contemplating the things that they are learning this year, and watching where they are succeeding, where they struggle, and studying how I can lead my family through both ends of that spectrum. I’m working with my wife to help them learn to read and write, helping them through the sorts of social experiences they are experiencing… you get the idea if you are a parent.

I’ve also been thinking lately about the things that my children need to learn beyond what one might expect of a preschool or kindergarten curriculum: things like an understanding of football, baiting a fish hook, how (and more importantly, when) to throw a punch, how to safely handle a pocket knife (for my oldest, at least), for a few examples. END_OF_DOCUMENT_TOKEN_TO_BE_REPLACED

I’ve also been thinking lately about the things that my children need to learn: an understanding of football, baiting a fish hook, how (and more importantly, when) to throw a punch, how to safely handle a pocket knife (for my oldest, at least), for a few examples. END_OF_DOCUMENT_TOKEN_TO_BE_REPLACED 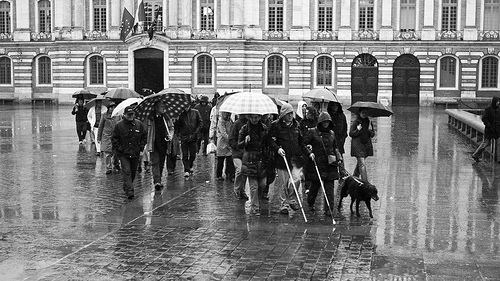 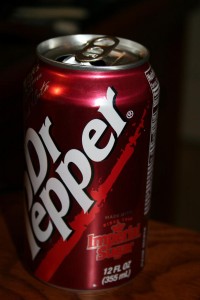 Last night at the dinner table my five- and three-year-old daughters asked me an important question:

“Daddy, may I have a drink of your drink please?”

I am a fifth generation Texan. Being a Texan, a Dr. Pepper addiction, it seems to me, is my God-given birthright. And truth be told, I am addicted to the stuff. That’s not hyperbole… I really am addicted. When I lived in Seattle for a time, my friends there made dawg-fun of me for not drinking coffee, being as it is that Seattle is the Mecca to which caffeine addicts the world over pour out three cups daily. Not me. I can’t stand the stuff. Tastes like burnt – I dunno – burnt something.

Dr. Pepper? That’s different. I love my caffeine cold and sweet, hopefully over some Sonic pellet ice, and in the “Route” 44 ounce variety, please. Dr. Pepper is 23 flavors of home-grown, Waco Texas, happiness in a cup, and I love it. No, really. I *love* it.

And you know what happens to me when I don’t get my morning Dr. Pepper? END_OF_DOCUMENT_TOKEN_TO_BE_REPLACED