Our sons need us to model and monitor purity and respect for them.

That doesn’t sound very fun, does it? And what does it even mean?

It means that our sons need us to model purity and respect for him and monitor his ability to follow our example.

Most fathers would never intentionally instruct their son into a potentially destructive habit like alcoholism or drug dependence. Yet that’s exactly what can happen if we aren’t intentionally modeling purity for them, demonstrating respect for those around us respect and helping them remain “pure” in their thoughts and actions.

This is why I say you must be a “purity and respect” model and monitor. 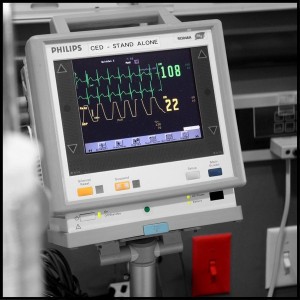 Many young men have lost their sense of respect, and it especially shows in their speech. They trash talk, curse, and make crude jokes about those who they view as being less significant than themselves. They denigrate women or use foul language in front of children. Somewhere along the way, someone failed to correct their behavior. Most often it was due to the lack of a strong father in the home. And they learned how to deal with others through late night on HBO.

It is our job to monitor the way our sons are talking, and to teach them to use their speech for positive ends—like articulating thoughts and feelings, building relationships, giving encouragement, and speaking words of respect and peace.

It is our job to teach them how to respect other adults, especially other men. They need to be shown how to look them in the eye, shake hands firmly, speak clearly, and even use the oft forgotten words “Sir” and “ma’am.”

If you sons are disrespectful toward a woman, particularly his mother, we must hold him accountable for his actions and let him know in no uncertain terms: “That is unacceptable. Your mother is my wife and I love her very much. And you cannot talk to her like that.”

We are our son’s main instructor about what a man is and how he should act. So, let’s Sit down with our sons and tell them what we have observed, and explain why that behavior is wrong and cannot be tolerated. If he continues to act rudely, be consistent and keep imposing meaningful and appropriate consequences until his behavior changes.

The ultimate goal here is to raise a boy into a man who has self-discipline. He must develop an internal strength that will help him avoid life’s many dangers and pitfalls and make wise choices, based on solid values. Values such as:

So, what can we do this week to be a model and monitor?

Parenting is not for wimps.  And being a father is the toughest and best job in the whole world.  This week’s article was short, but it packed a punch.  What do you think about being a model and monitor for your son?