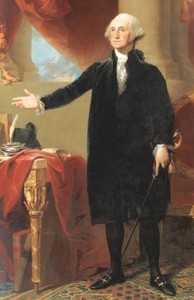 Washington was many things. And he was indeed a leader. He was the ideal man to lead the newly formed American Continental Army and then later to lead the newly formed United States as the nation’s first president. He developed his leadership skills from an early age and a distinguished military career. He further honed them as a business man and entrepreneur. Those leadership skills and abilities made him the wealthiest man in America by many calculations. And his leadership was ultimately tested in his later military career as he took a rag-tag militia and forced the greatest military in the world into surrender. But his testing and trials were not over as the nation elected him to be the very first president.

Washington understood the need to address the obvious. When he became the commander of the American Continental Army in 1775, his first General Orders forbade “cursing, swearing and drunkenness.” He insisted that officers would direct their men to attend some form of religious service on a regular basis. I don’t think this was necessarily a Biblical directive. Rather, Washington understood the importance of moral behavior and good habits as being conducive to creating positive environments.

And he was practical in his leadership. For instance, he instructed that latrines be installed for all soldiers to ensure a more sanitary environment. With many of the soldiers being from rural areas and being somewhat unsanitary about their habits, Washington saw the obvious and foresaw the potential impact upon his Army if disease were to break out.

What is the leadership principle? Address the obvious needs first.

Washington understood the need to change when necessary. As a farmer, he amassed much of his early wealth through the growth of tobacco. However, when the price of tobacco dropped in 1766, he quickly adapted and went against the prevailing wisdom and converted much of his acreage to other crops such as corn, buckwheat and other edible crops.  And when other farms and plantations did not survive, Mount Vernon continued to prosper.

Was it risky?  Yes!  But he calculated the risks and the rewards and made the decision to grow the less popular set of crops.

What is the leadership principle? A good leader is willing to be flexible and is willing to try something new if the need arises.

What is the leadership principle? A good leader is proactive and prepared for what may come his way.

Washington understood the importance of respect. In 1775 the British Army attempted to negotiate with Washington regarding a prisoner of war exchange. The British sent a letter addressed to “George Washington, Esq. &c. &c. &c.” The American troops refused to accept the strangely addressed letter. The British sent a young officer to present the same letter to Washington himself and Washington himself rejected it and sent the soldier away. Washington understood that the opposing general’s refusal to address him by his rightful title meant that if his foes would not respect him, they would not respect his cause for freedom and liberty.

What is the leadership principle? A good leader has a healthy amount of self-respect for without it your vendors, suppliers, customers, employees and your up-line management will not respect you and take you seriously. 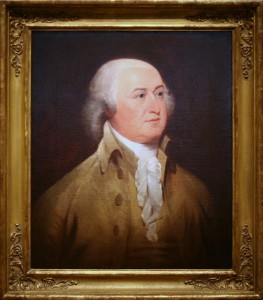 Washington understood when it was time to go. John Adams succeeded Washington as the second president of the young republic. Washington remained a non-partisan leader. He demonstrated that by not being intimately involved in the selection of Adams as his vice president. And he did not enter the fray in selecting Adams as his successor. In fact, he had the good sense to stay out of the picture and not interfere. When the time came for Washington to go, he returned home to Mount Vernon to enter the next phase of his life. And although he did not live long after leaving the presidency, and although he tried to remain quiet in retirement, he was forced back into the service of his country.

What is the leadership principle? A good leader knows when it is time to step down and let others lead.

Do you see the value in these traits? What traits would you like to work on? How do your leadership skills compare to the Father of our Country?