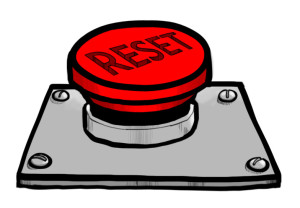 I was recently discussing with some colleagues the subject of leadership and the younger generation.  Now, I know that I immediately sound really old when I say “younger generation”.  But the reality of the situation is that those under the age of 30 (and even up to the age of 40) have a different view of the world because of the ubiquity of video games in their formative years.

For those of that generation who are now finding themselves as husbands, fathers, and burgeoning leaders in their jobs or at church many are finding themselves with difficulties in dealing with real life situations and the challenges of being the husband, father and leader that they have perhaps envisioned themselves becoming.  They are discovering that being a leader is a lot harder than it looks.  Being a full-time husband and father is harder than it looks.  Being responsible at work and responsive at home come with a high cost in terms of energy and emotional capital.

But these young leaders grew up playing video games.  And when the game was not turning out the way they wanted it to, or they encountered seemingly unsurmountable odds, they simply reached over to the game console and pushed the “Reset” button and instantly was granted a fresh start and new insights into the pitfalls that were just before the cause of their demise in the video game.  There were no consequences to restarting and they could begin a new and try something different this time.  They could even restart as a completely different character. 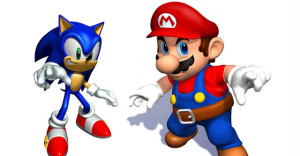 There are many very positive things that come from video gaming.  You get to restart as many times as it takes to beat the game.  You get to try different approaches and see which one is most productive for you.  All of which are great.  Unfortunately, real life doesn’t work like that.  In life there is no “Reset” button.  In real life we make mistakes, we get bumped and bruised and there is real pain.  But there is no starting over.  Their is only picking up from where we have fallen and learning from that mistake.  In real life it takes time (some times lots of time) to move from where we are to where we want to be.

But real leaders keep moving.  Real leaders may be tempted to hit a reset button and walk away from a difficult situation and start over, but they realize that is just a fantasy or a video game.  So they fall to their knees and seek help from the only One who can help in these situations and then they get up and move forward and they work on fixing whatever problem they find themselves in.

What is the point on Fatherhood Friday?

The point is that being a leader in the home is hard work.  What kind of leader are you today?  Are you a “Reset Button” leader?