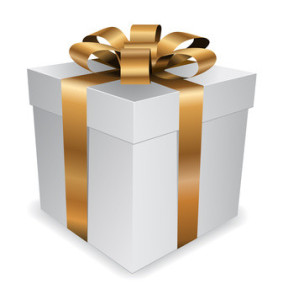 What is the best gift you can give as a leader?

So, I was sitting around on the couch Wednesday trying to keep glitter out of my coffee cup and avoiding an ever growing cloud of wrapping paper and ribbon flying though the air, and it occurred to me what is the best give I could give? So as I sit in my office on the day after Christmas, I have decided to do an internet search on Leadership and gifts, and I would like to share what my research has taught me.

As much as I don’t want to admit it, it seems as though honest feedback is the consensus best gift a leader can give their team. Everyone wants to know the truth, no matter how difficult it is to hear. But even though we want to hear honest and direct feedback, we generally don’t look on those occasions with much joy or pleasure. 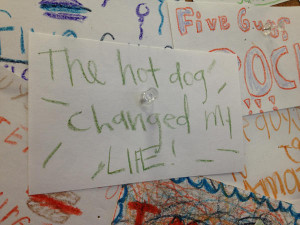 Most people can come up with several traumatic stories from their pasts where they have given or received negative feedback. These negative experiences embed themselves into our psyche and become a source of anxiety. On the other hand, most people can also come up with an experience where a person gave them helpful feedback that contributed to a marked improvement in their effectiveness and influenced their success. So as leaders how do we help people see that whether the feedback is critical or positive it is a gift?

Strong team engagement is closely aligned with the ability to give honest feedback in a helpful way. A recent study (in Forbes magazine, by Joseph Folkman) of 22,719 leaders showed that those who ranked at the bottom 10% in their ability to give honest feedback to direct reports received engagement scores from their subordinates that averaged 25 percent. It is quite obvious that these teammates were not committed to their jobs, their commitment was low and they regularly thought about quitting. In contrast, those in the top 10% for giving honest feedback had subordinates who ranked at the 77th percentile in engagement.

The vast majority of people assume that when the “boss” wants to “talk” it is negative or corrective feedback they’ll hear. In fact, this negative assumption about feedback causes many people to avoid feedback all together. Strangely enough, “feedback phobia” isn’t limited to people who have had a boss who predominantly criticized them. Nor is it limited to people who are generally insecure about their performance. It is widespread. The advantage of receiving ongoing feedback is much like the advantage you gain from a GPS device as opposed to a paper map. Both provide directions about where you want to go. The GPS, however, provides the directions in the context of an accurate assessment of where you currently are.

What is your attitude and how skillful are you at receiving both positive and negative feedback? The best leaders appear to ask more people for feedback and they ask for feedback more often. Rather than being fearful of feedback, they are comfortable receiving information about their behavior from their bosses, their colleagues and their subordinates. So what does this say to us and about us as Leaders? I know as a salesman, I was told very early in my career, “Learn to ask the write questions, and the prospect will sell to themselves”. So I ask, if we asked the right questions, will our followers tell us how to lead them effectively?