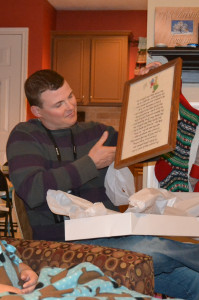 There has been a hand-made item hanging in my home for almost 30 years. It is very valuable to me.  And this Christmas I gave it away.

My mother made a needlepoint poem and picture of a father and little boy walking together. That piece of handiwork was framed and placed in a place of prominence in my home since my son was born. I have seen it every day of my son’s life as I was getting dressed for work. And it has caused me to stop and pause and ponder the significance of it on more than one occasion.

But, this Christmas it was time for it to find a new home. It was time for it to go to the home of the next new father in our family line. My son and his wife are expecting their first born son soon. And it is my prayer that an old piece of needlework will impact my son’s life and his son’s life the way that it has impacted mine.

I confess that I get a little emotional when I read that poem. I know some may doubt the veracity of my manliness if I admit that. But I am OK with their doubts. They don’t concern me in the least. Because I know the importance of heeding the words in that poem.

So, what is the point for this first Fatherhood Friday of 2014?

My point is to present a simple reminder of the impact of how we live our lives to the fathers of the little chaps that follow us. I was once a little chap. I raised a little chap. And now that little chap is about to raise a little chap. I am confident in his ability to be a great father. Not because of anything that I have done. But rather, because he has followed an even Higher example of leadership.

And so it goes. A careful man I want to be. 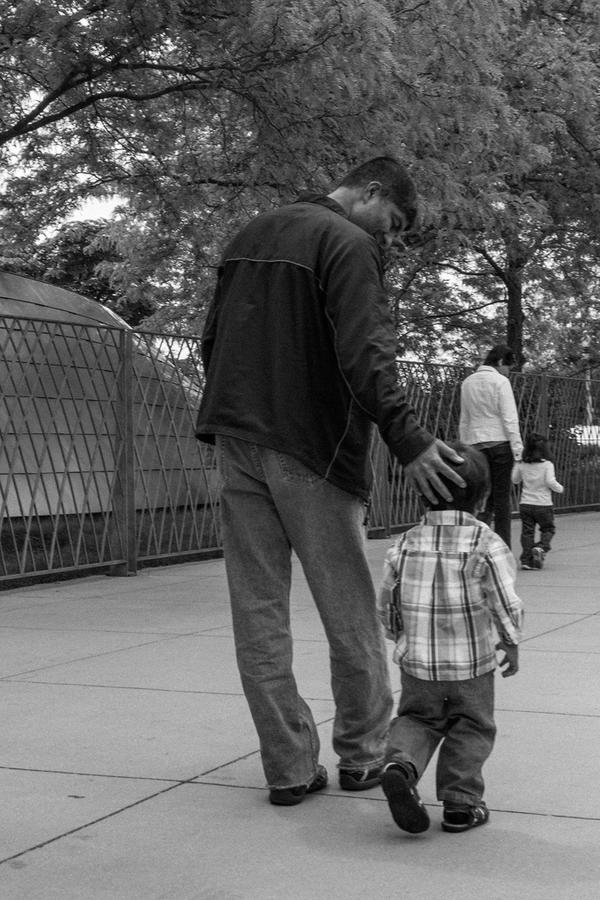 The Little Chap Who Follows Me!

A careful man I want to be;
A little fellow follows me.
I do not dare to go astray
For fear he’ll go the self same way.

I cannot once escape his eyes,
Whate’er he sees me do, he tries.
Like me he says he’s going to be;
The little chap who follows me.

He thinks that I’m so very fine,
Believes in every word of mine.
The base in me he must not see;
The little chap who follows me.

I must remember as I go
Through summer’s sun and winter’s snow,
I’m building for the years to be;
The little chap who follows me.