I know that today is Fatherhood Friday.  But, I was discussing leadership topics with fellow author / leader, Wayne Butler the other day and I was a little aggravated with the state of leadership among husbands and fathers.  Unfortunately, the lack of leadership is just too easy to identify today wherever you look. 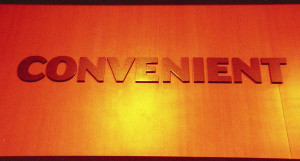 One of the descriptions for leaders that I observe today is that they are being convenient leaders.  So, what does that mean?

I think it means that they see some positive aspects of being a leader.  And that is a positive thing I believe.  However, they do not seem to grasp that leadership is inherently a difficult thing and that at many points in the process it is not fun.  So, while the task of leadership remains easy or fun for them, they remain engaged.  And when it gets too hard for them, they retreat from the challenge and shrink from their responsibility.  This is what I call a Convenient Leader. 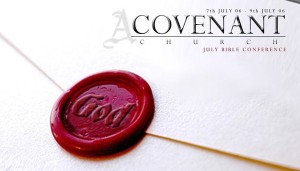 One of the descriptions for leaders that many of us are trying to encourage and promote is that of a covenant leader.  So, what does that mean?

There has been much talk this week about creed.  If you have not read David Tannery’s adaptation of the Ranger’s Creed, then you really need to do so.

So, what is the point for Fatherhood Friday?

It is the obvious point that have already thought it would be.  There are too many husbands and fathers out there who are Convenient Leaders.  They have encountered some tough going and all too many of them have gone.  But, I believe that just like the Children of Israel who remained faithful and were returned to the land God had promised them, there is a remnant of fathers who are Covenant Fathers.

The Anchor Bible Dictionary describes a remnant as “What is left of a community after it undergoes a catastrophe”  Can we agree that the community is made up of families and that too many of those families have experienced the catastrophe of absent husbands and fathers?  I will not belabor the point any further today.  Because I think you get my point.

So, what kind of leader are you?  Are you a Convenient Leader?  Or are you a Covenant Leader?

I know which one your family needs you to be.

Categories: Fatherhood Friday, Husband, Leadership Traits
Disclosure of Material Connection: Some of the links in the post above are “affiliate links.” This means if you click on the link and purchase the item, I will receive an affiliate commission. Regardless, I only recommend products or services I use personally and believe will add value to my readers. I am disclosing this in accordance with the Federal Trade Commission’s 16 CFR, Part 255: “Guides Concerning the Use of Endorsements and Testimonials in Advertising.”