For the last year or so I have been facilitating a small study group with a hunger to understand not only leadership values but what has God called us to do. Out of that study there have been several revelations to the developmental phases of a young persons life. We are very blessed to have the opportunity to nurture our young into meaningful productive God fearing people.

But where do we fail them?

I believe one of the early stages of when we let them down is when we fail to “affirm” them. Now, many of you reading this will  not associate with that statement. However, when we look at the breakup of many families today one of the most telling statements heard is of how the kids are NOT valued. Do we allow boys to be boys, or girls to be girls? Certainly NOT! Neither gender can compete “honestly” in any competition. We  teach them from an early age that “misrepresenting the truth” is an OK (no winners, no losers) thing to do. The reality is there are winners and losers. Another reality is…some of those winners have turned into big losers while some of the losers have turned into some of the biggest and brightest stars we’ve seen.

Consider;  Susan Boyle, a Scottish singer who  appeared on Britain’s Got Talent in 2009. She finished second, but her amazing talent  captured the world’s attention.  Her 1999 rendition of “Cry Me a River”was watched over 100 million times!  Boyle even made 5 Million Pounds with the release of I Dreamed a Dream. How’s that for a Successful Loser?

What is a poser? 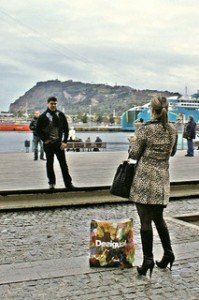 A poser is a person who  enters a relationship (whether personal or business) with the intent of robbing that  relationship of all hope and joy without investing any meaningful part of themselves into it. A poser is a person who enters a relationship completely on selfish terms! Here are three of histories most notorious selfish posers. Satan, when he tempted Eve, or when he tempted Jesus while on the mountain.  Judas, when he betrayed Jesus, or more recently Bernie Madoff. As illustrated, selfishness does not change with time. Do we ask the serious  pressing question  most men and women should be asking …”are you for real, or are you a POSER”?  Are there other posers more recently than Bernie Madoff? Sure!!

Here is a statement from the Science News, “Expect solid team play to suffer in the ongoing National Basketball Association playoffs. Teamwork declines relative to the regular season, perhaps because players earn bigger future paychecks when they play selfishly in the playoffs, scoring points rather than ensuring their team wins, a new study suggests”.

Really now, How many of us cheer on this selfishness?? Never really thought about it but, I’m guilty, I have been outed as a poser.

Are you  a poser in the shadows, cheering on selfishness?

The studies I spoke of by John Eldredge have been really revealing to my group and has presented many good questions intended to pierce our conscience;

“What do you see in the lives of the men that you work with, live by, go to church alongside? Are they full of passionate freedom? Do they fight well? Are their women deeply grateful for how well their men have loved them? Are their children radiant with affirmation? The idea is almost laughable, if it weren’t so tragic. Men have been taken out right and left. Scattered across the neigh­borhood lie the shattered lives of men (and women) who have died at a soul level from the wounds they’ve taken. You’ve heard the expression, “he’s a shell of a man?” They have lost heart. Many more are alive, but badly wounded. They are trying to crawl forward, but are having an awful time getting their lives together; they seem to keep taking hits. You know others who are already captives, languishing in prisons of despair, addiction, idleness, or boredom. The place looks like a battlefield, the Omaha Beach of the soul.”

But why has this happened?

Where are all the real men? 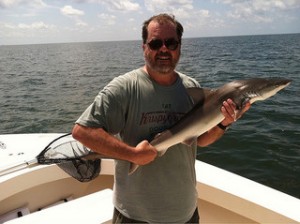 That is an easy question to answer, and I’m certain to get feedback for this response. We have asked the men to become women! Easy now! Be honest here. “Do the men feel unfulfilled, angry, frustrated, or even depressed? Think about it…even today’s church doesn’t know what to do with dangerous men, so they have decided  we need to be tamed, even emasculated, and in light of so much manhood gone awry in the past, our women have ascented”.

God created both male and female for a special purpose. Men are to lead and fight, women are to support and nurture. Neither role is larger than the other when working as a team. When we study life’s plan (the BIble), many blessings await when we listen.

In Zephaniah 3:16 there is an important message; “Do NOT let your hands fall limp”, and verse 17 says “the Lord your God is in your midst, A victorious warrior”!

Have our hands fallen limp, or will God finds us a warrior for His cause?

My heart grieves for those who have fallen victim to the ways of a poser.

One of my favorite book reviews of Eldredge’s book, Wild at Heart
An interesting article from a secular source on selfishness among professional athletes.

Categories: Influence, Manday, Men, Mentoring
Disclosure of Material Connection: Some of the links in the post above are “affiliate links.” This means if you click on the link and purchase the item, I will receive an affiliate commission. Regardless, I only recommend products or services I use personally and believe will add value to my readers. I am disclosing this in accordance with the Federal Trade Commission’s 16 CFR, Part 255: “Guides Concerning the Use of Endorsements and Testimonials in Advertising.”