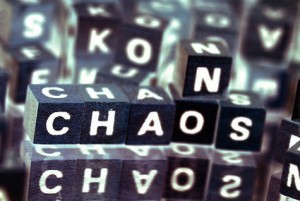 Do you know how often major change initiatives succeed? The success rate is not good. In fact, a 2013 survey of global senior executives by Strategy& (formerly Booz & Company) and the Katzenbach Center reveals that the success rate of major change initiatives is only 54 percent. Now if you were a major league hitter, that would be phenomenal. If you were a shooting foul shots in the NBA, it wouldn’t be acceptable. And I would suspect a nearly 50% failure rate in your organization would not be acceptable.

Since change is inevitable, what should you and I be doing within our organizations to minimize chaos and maximize success? 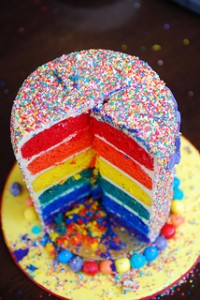 Start at the Top – Although it’s important to engage our teams at every level early on, all successful change management initiatives start at the top. They start with a committed and well-aligned group of senior leaders who are strongly supported by the CEO or CEO equivalent. This alignment can’t be taken for granted. On the contrary, work must be done in advance to ensure that everyone agrees about the case for the change and the pathway to implementation. So, if you are senior leader, are you fully supporting the change?

Involve Every Layer – Some leaders often fail to take into account the extent to which midlevel and frontline people can make or break a change initiative. The path to rolling out change is incredibly smoother if these folks are sought out early for input on issues that will undoubtedly affect their jobs. These folks people tend to be rich repositories of knowledge about potential pitfalls, technical and logistical issues that will need to be addressed, and how the rest of the organization may react to the impending changes. In addition, their full-hearted support will smooth the way for complex change initiatives, whereas their resistance will make implementation an ongoing challenge.

Communicate, communicate, communicate – We have discussed communication at length here in various articles. And that is because it is so important. When change is significant and disruptive, you cannot over-communicate. Leaders often make the mistake of imagining that if they convey a strong message of change up front, people will understand what to do and why. Nothing could be further from the truth. Powerful and sustained change requires constant communication, not only throughout the rollout but after the major elements of the plan are in place. The more kinds of communication employed, the more effective they are. The more disruptive the change, the more communication is required. 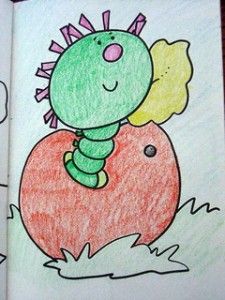 Lead Outside the Lines – Major and disruptive change has the best chance of succeeding in an organization when everyone with authority and influence is involved in the process. In addition to those who hold formal positions of power—the organization’s recognized and appointed leaders—this group from outside the lines includes folks whose power is more informal and is related to their tenure, their expertise, the breadth of their network of influence, or to their other personal qualities that engender trust and make others want to follow them. They can be found throughout any organization. They might include a well-respected field supervisor, an innovative project manager, or a receptionist who’s been with the organization for 25 years. Organizations that succeed at implementing major changes identify these people very early and find ways to “sell” them on the change and then involve them as ambassadors, participants, and guides.

Our job as leaders is to lead in good times and bad. We are tested in times of change. And change is happening all around us. I hope these words will help you lead your organization with little, or no, chaos.

What experiences are you willing to share in the comments below?

Categories: Change Management, Leadership Lessons
Disclosure of Material Connection: Some of the links in the post above are “affiliate links.” This means if you click on the link and purchase the item, I will receive an affiliate commission. Regardless, I only recommend products or services I use personally and believe will add value to my readers. I am disclosing this in accordance with the Federal Trade Commission’s 16 CFR, Part 255: “Guides Concerning the Use of Endorsements and Testimonials in Advertising.”