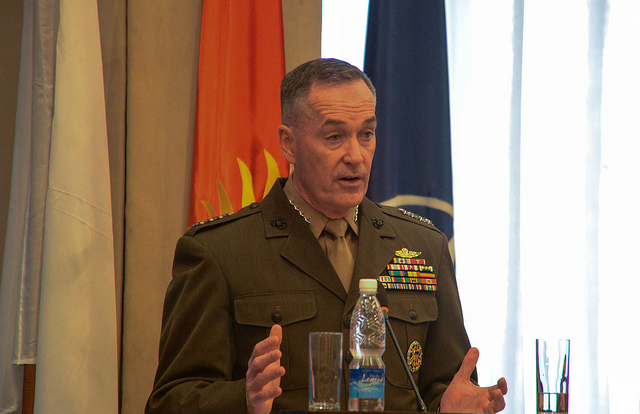 Why should I write a profile on “Fightin’ Joe Dunford?” 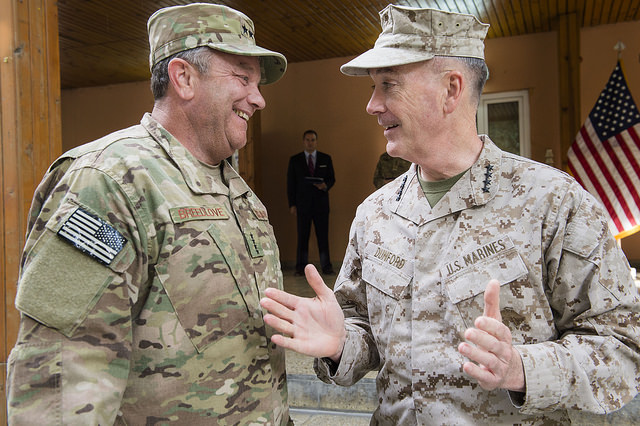 General Dunford clearly understands the value of your troops that surround you.  In fact, he, like his first battalion commander, has elevated that principle to such a lofty location that all others have paled in comparison.

In his speech at the ceremony marking the change of command he gave brief remarks.  That alone is another mark of a great leader!  But he also gave us some insight into his priorities as the Marine Corps highest-ranking officer.

Dunford said, “My focus in the coming years will be to take care of our Marines and their families and to ensure that our Corps remains the expeditionary force in readiness that our nation has come to expect,” he said. “God bless you all, Semper Fidelis, and for those still in uniform, continue to march.”

Here are a few quick points that I have pulled out of that very brief quote:

I am struck by that last one most of all.  One of things that separates real leaders from those around them is that even in the face of adversity they continue to march.

I hope this Leadership Profile on Gen. Dunford inspires you.  Are you continuing to march?

Categories: Leadership Profile, Military, Recognized Leaders
Disclosure of Material Connection: Some of the links in the post above are “affiliate links.” This means if you click on the link and purchase the item, I will receive an affiliate commission. Regardless, I only recommend products or services I use personally and believe will add value to my readers. I am disclosing this in accordance with the Federal Trade Commission’s 16 CFR, Part 255: “Guides Concerning the Use of Endorsements and Testimonials in Advertising.”